I have often been accused of being a big design nerd. I’ll half-heartedly object to this, but then I’m going to tell you about how excited I was to learn that Bill Gardner’s 2019 Logo Trend Report was released last week. You can read the report in its entirety here.

Like the Pantone Color Trend Report, Gardner’s annual publication has become an invaluable industry reference that I come back to regularly throughout the year. The 2019 report is the 17th issue, and coincided with the release of the 11th volume in Gardner’s LogoLounge book series, which showcases thousands of recent logo designs by themes. (Fun fact: LogoLounge 11 was co-authored by fellow Cincinnatian Sarah Whitman.)

I’ve known many designers who look to the Logo Trend Report for inspiration, but I see it as somewhat of a warning on what to avoid. The individual logos that Gardner shows as examples are always beautifully designed, yet I am always shocked to see how similar the logos in each category look. While leveraging trends may make a brand feel current and relevant, being on trend also means that a brand has less of an individual identity, and subsequently less recognition in the marketplace.

Rather than developing logos that fit in with what everyone else is doing, shouldn’t we strive to create logos that feel new and different, so that they will stand out to consumers? While I often encourage designers to look to existing work for inspiration, it’s important that they take the next step and build on that inspiration to develop an idea that’s uniquely their own.

Maybe it’s a bit aspirational, but I’d rather be creating the trends than following them. Creating a year-in-review designed to dazzle Lessons in billboard design from a scientist Color trends: Did Pantone get it wrong? 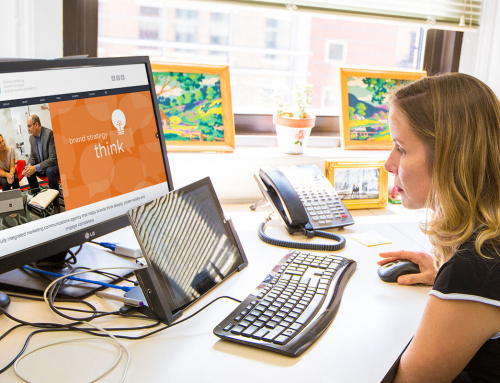