In recent weeks, TikTok, the short-form video platform your teen, grandchild, niece or nephew is undoubtably obsessed with, has come under fire from the president of the United States, leaving many to ask: why?

The platform that would eventually become TikTok was developed by the Chinese company ByteDance in 2016, known at the time as Douyin and available almost exclusively in China. Across the Pacific, U.S. teens and tweens were infatuated with Musical.ly, a short-form video platform focused on over-the-top, choreographed lip-syncing performances.

In 2017, ByteDance bought Musical.ly. Musical.ly was officially merged with ByteDance’s new TikTok platform in 2018. And, thus, a new era of micro-content was born.

TikTok skyrocketed in popularity in the United States, becoming the most downloaded app in 2018. Gen Zers quickly populated the platform with videos from viral challenges to life hacks and political commentary. The next generation was ready to turn its back on the well-established platforms of the millennial generation, like Facebook and Twitter, and forge their own path forward.

It’s complicated to say the least. President Trump has given both TikTok and China’s Facebook alternative, WeChat, 45 days to sell to a U.S. operator

The reasons why are complex and varied. Many cite cybersecurity as the main concern. While others feel this could be a play to stifle political organizing and free speech from those who oppose the president. Still, many others see this as the latest iteration of the U.S.-China trade war and continued anti-Chinese sentiment in the United States.

Concerns about cybersecurity largely stem from the fear that the platform may feed information on American citizens to the Chinese Communist Party, the ruling party in China. While TikTok does collect user data and behaviors to deliver ads and provide a personalized, targeted experience, the company vehemently denies any such cooperation with the Chinese government, citing all American data is stored in the United States with back-up servers located in Singapore.

Still, many continue to have concerns. Amazon attempted to ban the use of the app by employees on any device with access to an Amazon email. Military personnel, under the direction of the Pentagon, were similarly ordered to remove the app from their devices. And, the Democratic National Committee (DNC) and Republican National Committee (RNC) warned staff of the potential dangers of downloading and using the app.

After TikTok users “trolled” the president by reserving thousands of tickets to his June rally in Tulsa with the hopes of packing the stadium with empty seats, many suggest that the recent move to ban the platform is in response to this and other such political activism stemming from the platform.

With that said, the question remains:

Where do we go from here?

As the platform faces an uphill battle in the United States, many social media companies are salivating at the chance to unseat TikTok as the app amongst Gen Z and grab hold of the short-form video market.

While it’s a little too early to tell who will beat out the competition and rise to the top, Instagram is making an impressive play to seize power. After testing the feature in various markets, the platform finally offered a widespread release of Reels on August 5. But, with so much happening on the platform already (Stories, IGTV, etc.), the app may become oversaturated with content.

Others also are looking to cash in on the current situation. Rumors are swirling that Microsoft may purchase the U.S. rights to TikTok. And, YouTube, who has long eyed TikTok as a threat to its video content dominance, may make a play to enter the short-form video market.

And let’s not forget about Byte. Pegged as Vine 2.0, the app was launched in January of this year by Vine co-founder Dom Hofmann with little fanfare. Essentially a copy-paste of its predecessor, the app offers users the ability to share meme-able six-second video clips. Although the app has yet to gain real traction, some TikTok users are already jumping ship in anticipation of a U.S. ban and trying to find a new home on Byte.

While the future is still uncertain, time will tell whether TikTok will weather the storm or just become another headstone in the social media graveyard. 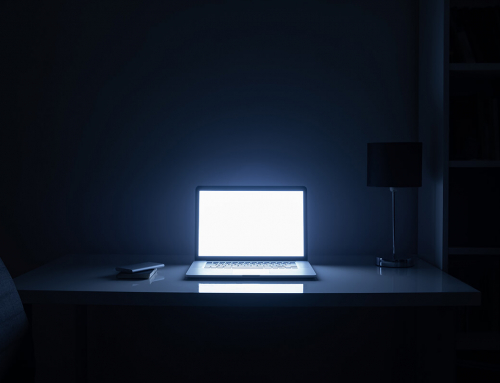 Social media is at a crossroads